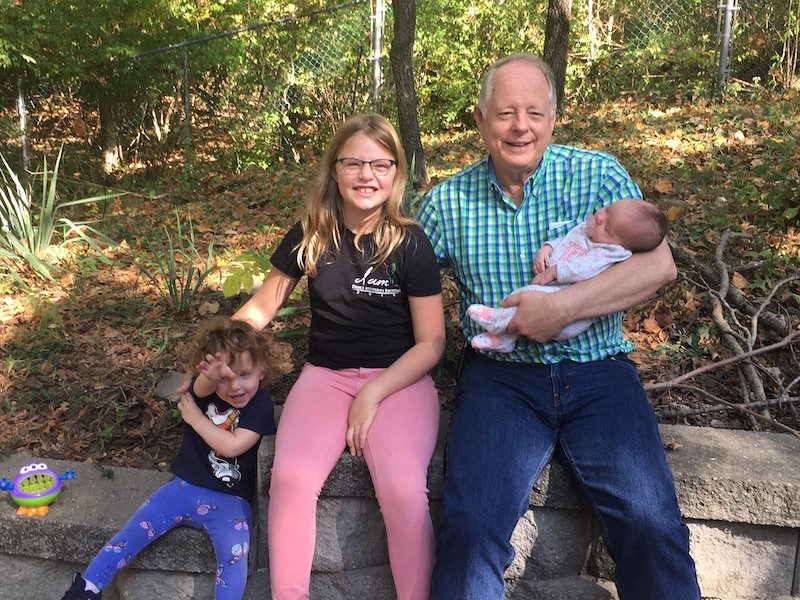 Milt Stevenson Jr. is Vice President and  Chief Environmental Officer at Anoplate in Syracuse, New York, which he runs along with his brother, Jim. It was founded by their father in 1960 and operates in a 104,000-square-foot facility. Milt is an active member of the finishing industry and its association, and in 2019 was named an NASF Fellow for his life-long work and dedication to the industry.

How did you get your start in the finishing industry?

I’m the second oldest of eight children. During summer vacations mom would send me to work with dad, so there was one less at home. At 11 years old I started racking and wiring. By 14 I was plating parts. By 18 doing brush plating repair and installing new processes. When the decision for college plans came around, I wanted to follow my father’s path into chemical engineering. Between my junior and senior year, I wrote the Anoplate’s first Quality Manual. Come senior year, I hadn’t heard from dad on a job, so I started interviewing and even posted an ad in AESF’s Plating magazine. Bendix Kansas City, now Honeywell FM&T, took note and called me for an interview. I took the job as a Materials Engineer responsible for surface engineering production support and R&D. In April, dad finally called and asked, “Have you thought about what you’re doing after graduation?” I broke the news that I had taken a job in KC with Bendix. In my opinion, working in the family business is great, but I’d recommend getting some outside experience first. No one can tell me I couldn’t have made it outside the family business.

What do you enjoy best about the industry? 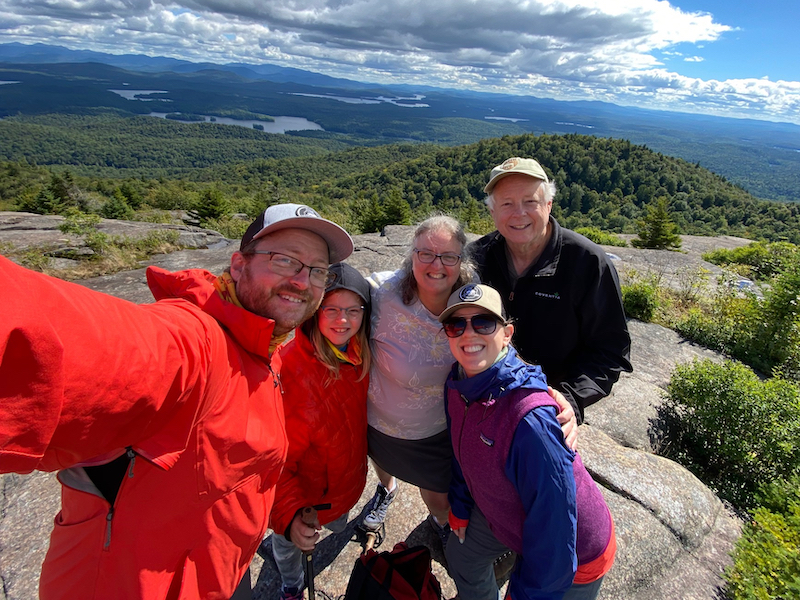 Atop Mt. Arab in the Adirondack Mountains; from left, son Dwight, granddaughter Olivia, wife Mary, Dwight’s girlfriend Meg, and Milt Stevenson.The people. I’ve been fortunate to have spent 50 years in this business. I started attending AES meetings with my father at a young age, so I’ve met hundreds and had the privilege of touring upwards of a 100+ plating shops coast-to-coast and across Europe. Shop owners that were friends with my father, I’ve developed relationships with their next-generation owners. This was really highlighted when my father passed away a week before Christmas and one shop owner flew across the U.S. to attend dad’s memorial service, and another drove 10 hours one way to be there. It’s the people and the lasting relationships developed that make this industry much more than a job or profession.

If money was no object, what would you do all day?

Buy an RV and travel the U.S., visiting and hiking every National Park. While I’ve visited 48 of the states, there are several places I’d like to go back to and spend time exploring.

If you could go back in time, what year would you travel to?

1973. I’ll be the first one to tell you that college is wasted on youth. I went off to Cornell at 17 and — coming from a rural, farming community — I was pretty naive. I did a lot of foolish things and didn’t concentrate as much as I should have on studies and the many opportunities available.

How would your friends describe you?

Ask my friends. I grew up in Boy Scouts and, as my sons grew to scouting age, became a Cubmaster and later Scoutmaster. I’d hope that they’d say I reflect the 12 points of the Scout Law … look it up!

What are your hobbies?

Outdoors with family, whether going to the cottage, hiking in the Adirondacks, or being on the water.

What is the best gift you have been given?

My wife of 42 years, Mary. Had I not taken the job in Kansas City after college, we would never have met on that fateful hayride in October. Besides, she’s the one gift that I get the pleasure to unwrap over and over again!

Aside from necessities, what one thing could you not go a day without?

Coffee. In my 20’s I couldn’t figure out why everyone would congregate around the coffee machine. Now I’m the first one there in the morning.

1) Making the same mistake over again and having to relearn how we worked ourselves out of it the last time. Institutional learning is a big challenge in our industry. 2) Not being able to find something that I know exactly where I left it that last time I used it. (P.S. Usually it’s somewhere else and I know exactly who left it there!)

Where do you see yourself in five years? 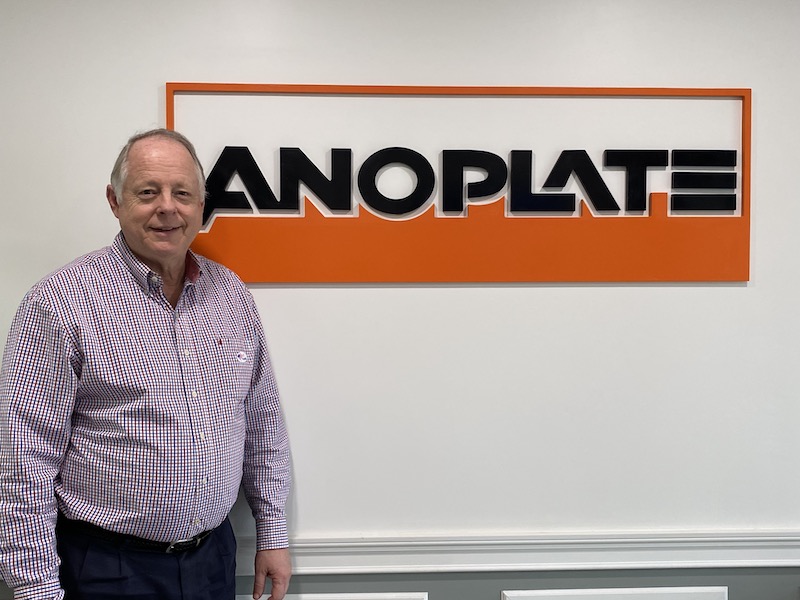 I just turned 65 so that’s an interesting question. I’m not ready to retire yet but I don’t see myself working full time in five years. Probably the best guess would be traveling to see children and grandchildren.

If you were a super-hero, what powers would you have?

Be able to turn the hands of time backward. We’ve all made some dumb moves in our lives and pondered, ‘what might have happened if I hadn’t done that?’ In reality, I’ve had it pretty good, so I’m not sure if I’d want to change it.

What would you do if you won the lottery?

You have to buy the tickets to win the lottery! Money is too hard to make to waste it on that dream. The people who can least afford it chase that dream. It’s a tax on the poor!

The ones outside the cages and enclosures looking in. I love to see the faces of the children marveling at the animals we’d only otherwise see in movies, books or magazines.

If you could go back in time to change one thing, what would it be?

The assassination of John F. Kennedy. He represented a new look in politics with empathy for the working class. I’m sure there would have been a different outcome in the Viet Nam War — like we wouldn’t have been there as long!

Thanksgiving. With the exception of 2020, it’s always meant traveling somewhere and sharing in a big meal with family.

What’s the most daring thing you’ve ever done?

Venturing out after college and taking a job in Kansas City where I knew no one. It was a bold and daring move at the time, but probably one of the best decisions I’ve ever made.

What was the last thing you watched on TV?

CBS Morning. I turn it on every day for “Your World in 90 Seconds.” I usually don’t make it more than 15 minutes, but it gets my mind in gear.

What was the last book you read? 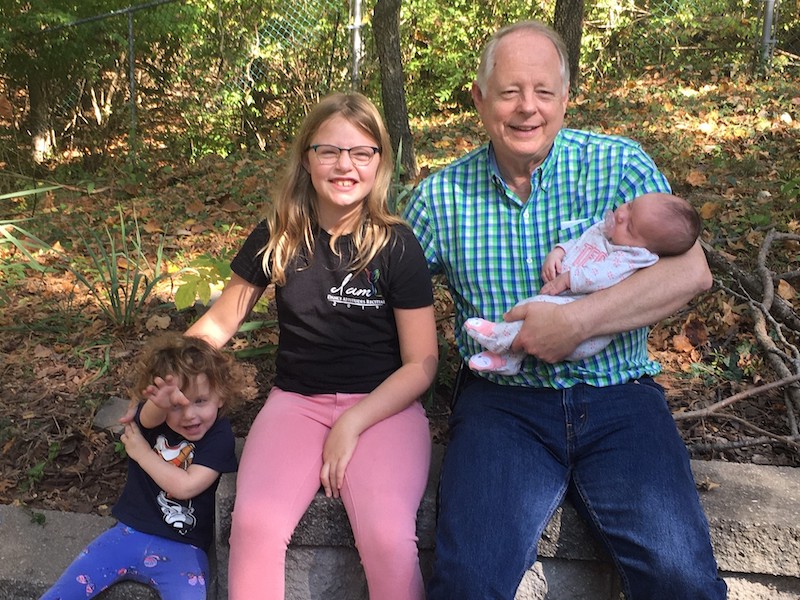 I’m a bore when it comes to reading; typically it’s something related to business. The last I finished is Robert Bilott’s Exposure detailing the saga of manufacturing PFOA and lengths taken by the manufacturer to hide its damaging impact on worker’s and community health, as well as harm to the environment. I’ve just started Episcopal Presiding Bishop Michael Curry’s Love is the Way in which he emphasizes loving one’s neighbor as a force for unity and healing in troubling times. Given what COVID and 2020 have brought us, I needed an uplifting read!

My wife will tell you it’s Italian and she’d be right. As a child growing up, we’d get to choose our birthday dinner. I’d always be spaghetti. Today, any Italian meal will do.

Are you a clean or messy person?

I used to be a clean nut, but as I get older, “I can always pick that up tomorrow” set in so I’m less bothered with a mess as I’ve matured.

Who would you want to play you in a movie of your life?

Christopher Lloyd, “Doc” from Back to the Future. No one should take themselves too seriously, and this world needs some good humor daily.

I have a daughter who’s lived in Texas for the last 12 years. When I visit her, the trips not complete without a trip to Whataburger.

Don’t know if I ever had one.

Canadian cottage on weekends in summer. We grew up there, and I still look forward to it every weekend (when the border isn’t shut down!).

What is your favorite childhood memory?

When I was about 17, we took a family canoe paddling adventure through Algonquin Provincial Park in Canada. For mom and dad with 7 kids in tow, we took 4 canoes, 4 tents, and 4 days of provisions across 2 or 3 lakes with a couple of portages. I remember we’d anchor a canoe with all the food in it out in the lake at night to keep the bears away. I don’t know how we all survived.

Mel Brook’s Young Frankenstein. Like all of Brook’s films, there are so many great lines but this one seems to be the most memorable.