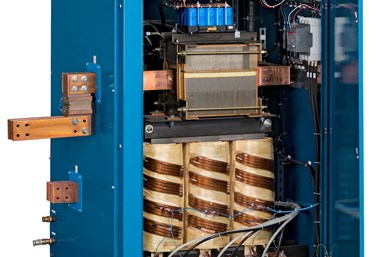 Dynapower (South Burlington, Vt.) has been in the rectifier business since the 1960s. Specializing in battery energy storage systems, power electronics and rectifiers for a diverse range of applications, the company has been known for its high-end custom products for decades. In the early 2000s, the company acquired Rapid Power Technologies and continued to service and manufacture Rapid rectifier designs under the Dynapower name.

Recognizing a need for cost-effective, easily upgradable power supplies, Dynapower recently saw an opportunity to offer a new line of rectifiers that follow in the footsteps of the historic Rapid Technologies line. The goal? To bring the most upgradeable and lowest lifetime cost per rectifier on the market.

In February, Dynapower announced the launch of its new RapidX family of rectifiers. The systems feature modular controls, making them easily upgradable and cost effective.

“It’s the only rectifier I know of that is designed to grow with you as an organization,” says Remington Schieffer, Dynapower’s Repairs Supervisor. “And it’s so nice to be able to have your existing equipment grow into higher quality control requirements without having to rip your equipment apart.”

Dynapower’s new RapidX line of standardized SCR rectifiers utilizes a module-based, multi-controls platform that allows users to upgrade their unit controls as needed. These units are available standard in 460-480VAC, 3PH, 60Hz in air, and water-cooled options up to 100 VDC and 10,000 ADC with analog or digital controllers. The company boasts that it has reduced delivery times for the new line by 50% compared to its other SCR rectifiers. 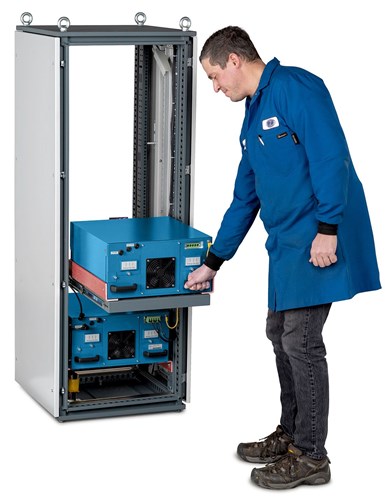 Meanwhile, Dynapower’s RapidX switch-modes are designed to combine the benefits of modular switch-mode design with the repairability of ‘monument’ style switch-modes.